Does the Protagonist Have the Scourge Before Arriving in Yharnam? 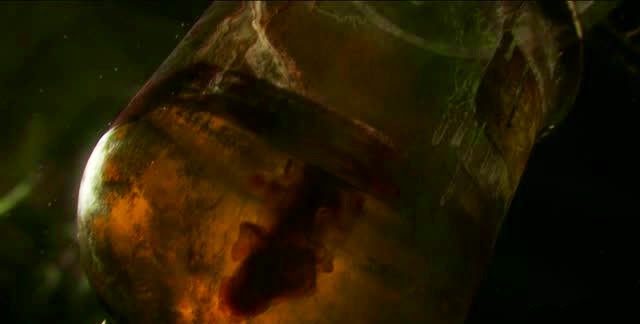 I have been trying to answer a (seemingly) simple question for the last couple days:

Does the protagonist have The Scourge before arriving in Yharnam?

The basic Yes or No answer would help provide clarity on two points. The first one is that it would help describe the state of the wider world of Bloodborne by indicating how widespread the Scourge is. The second point it would help clarify is whether or not the transfusion from Iosefka gives the player the Scourge, and what Yharnam Blood is.

What is said about the protagonist's motivation to travel to Yharnam? Wikipedia says:


Over the years, many travelers make pilgrimages to [Yharnam] seeking the remedy to cure their afflictions; the player takes the role as one of these travelers.

This seems to indicate that the player has an affliction or disease in non-specific terms, so it could be anything. The following sentence then says:


Upon arriving in the city, however, it is discovered that the city is plagued with an endemic illness that has malformed most of its denizens into bestial creatures.

This refers to the Scourge as something the player character discovers upon arriving to the city, which would indicate that the Scourge is not the illness that they have. Frustratingly, there is no source provided for this information. Adding to the confusion, Wikia states:


The Hunter is a lone adventurer who has travelled to Yharnam searching for a cure for the plague, since this ancient city is known for an old medical remedy. However, when the Hunter arrives to Yharnam they discover that the city has been overrun by the same illness…

This information indicates that the protagonist does have the Scourge before traveling to Yharnam. However, it also does not list a source for this information, so this is speculation as much as anything. I continued searching, looking for a primary source that might give us a clue.


I’ll tell you this much, the town is cursed with a disease. You could call it “The disease of the beast,” and people inject blood for the cure.

This seems to lend credence to the player having the Scourge, and traveling to Yharnam to be injected with the Yharnam blood so that they could be cured. However, there are a couple points that make this less of a slam-dunk for me. For one, he says “the town is cursed with a disease”, not the wider world. This corresponds with this information released by Sony:


However, the city is now affected by the horrifying epidemic commonly named “the plague of the beast,” and is now known as a cursed place.

The other point, a pretty basic one, is that people do not seem to be free of the Scourge in Yharnam. This isn’t to say that Yamagiwa is lying, but if there is blood that cures the Scourge, it doesn’t seem readily available, especially to an outsider just wandering into town. So where does all this leave us? It leaves us to speculate, really.


Does the player character have The Scourge before coming to Yharnam?

My answer is no. I don’t think so because I think the Scourge is endemic to Yharnam based upon the information revealed so far, and the protagonist is not from Yharnam. My other reason for believing this is one word: Bloodborne. The title of the game implies a disease that is carried by blood. Being an outsider, how would someone contract an endemic bloodborne epidemic? By coming in contact with blood from Yharnam.

I think that the protagonist has a terminal illness, and that they are traveling to Yharnam, a cursed place, because it is their only chance to survive. Upon arriving, they speak with Iosefka, who agrees to give them Yharnam Blood. This cures their life threatening disease, but also gives them the Scourge. The Scourge begins to consume the player, but the messengers intervene, claiming you as a Hunter. You are not cured of The Scourge, but it is suppressed. The messengers protect you from death so that you may slay beasts, for reasons ultimately unknown.
Email ThisBlogThis!Share to TwitterShare to FacebookShare to Pinterest