Bloodborne Has Elevated My Love for Cosmic Horror

In this article, I explain why Bloodborne has elevated cosmic horror for me. 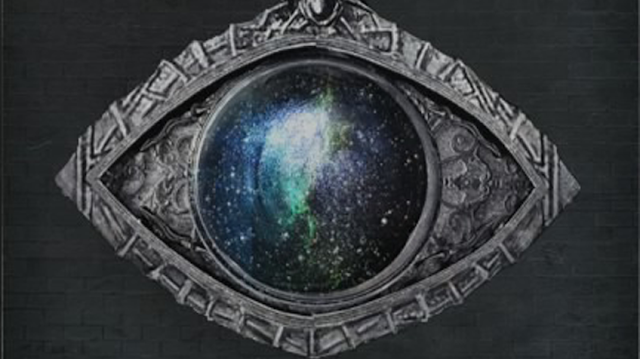 When you read The Shadow Over Innsmouth or play Call of Cthulhu, you have an idea what you’re getting yourself into. I got into cosmic horror because I saw a cool picture of a tentacle-faced monster and heard about these stories written about ancient gods who drove people mad. In other words, I grew up in a world where I expected Cthulhu and madness at the end of these stories. This is not the protagonist’s experience in these narratives. The protagonists in cosmic horror are investigating something unrelated, and accidentally find eldritch truth.

When I picked up Bloodborne I wasn’t expecting cosmic horror. I read every scrap of information pre-release, speculating and theorizing about the narrative and lore of Bloodborne. Another game developer might have showcased the cosmic horror elements pre-release to draw in a greater audience, but FROM showed very little, and nothing that indicated cosmic horror.

This was a brilliant move. Fans of the Souls games laud FROM for creating games where the experience of the player is intimately tied in with the narrative of the game. Pre-release marketing created the expectation that I would be hunting werewolves and other monsters, and there would be a lot about blood. This is tied into the narrative, where Gehrman encourages you to “…go out and hunt some beasts”. Both myself and my character started Bloodborne with the expectation that we would be hunting beasts and collecting blood. Unknown to me at the time, this moved me from experiencing dramatic irony, where I have always been when reading Lovecraft, to being as clueless as the protagonists in his stories who stumble upon eldritch truths accidentally.

Even as dream worlds and talk of great ones began setting off cosmic horror alarms in my head, it was all foreign to me. The name Oedon was as foreign to me as Cthulu was to Thurston in The Call of Cthulhu. Already a part of my Souls experience, I carefully read the item descriptions and closely listened to the dialogue of the NPC’s. Without realizing it at the time, I became like Thurston, who reads his uncle’s notes and investigates locales described within. While there were certainly a fair number of clues to the nature of this world, these vague (if seemingly more obvious in retrospect) pieces of information allude to more, but at most it only felt suspect; another allusion in a narrative that was already calling out so strongly other classical pillars of horror.

Then you defeat Rom. Like the characters in Lovecraft’s stories, it felt as though the universe was being thrown wide before me as I took in Yahar’gul and began to understand better the vague item descriptions and bits of dialogue that preceded this event.  This narrative moment I had experienced passively so many times before I was now experiencing actively. I did not go mad (which is debatable), but that sense of wonder/awe/dread were all there as I took in the sickly sky and the gigantic creatures clinging to nearby buildings. At that moment, I was Olmstead seeing the townsfolk for what they truly were in The Shadow Over Innsmouth. I was not watching the doomed protagonist discover the eldritch truth, I was experiencing it alongside my character.

Bloodborne successfully made me feel like a character in an H.P. Lovecraft story. I had no knowledge of the Eldritch Truth that would be unveiled as I progressed through the narrative, and the wonder and horror I felt after defeating Rom made me feel actively what I've only ever been able to experience passively reading cosmic horror.  FROM Software utilized the active and experiential nature of video games as a storytelling medium to create an amazing experience that elevates and embodies cosmic horror.
Email ThisBlogThis!Share to TwitterShare to FacebookShare to Pinterest