The following content was originally created in this thread in /r/bloodborne. All credit for the content of this post goes to new_hunter, with only minor changes being made to reflect the difference in format.

This post presents a timeline of the major events in Yharnam's history. 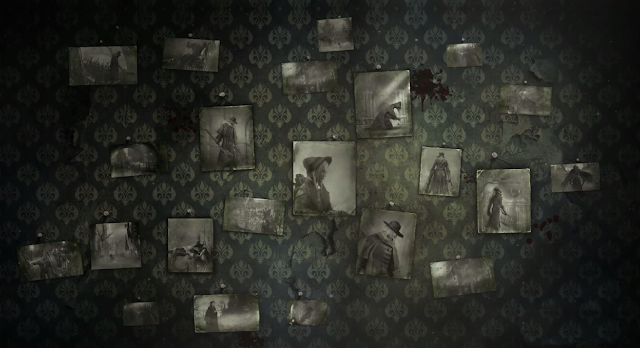 What we (think we) know:

➤The Pthumerians, an underground civilization, worship mysterious beings known as the Great Ones. They eventually manage to contact a Great One--the Formless Oedon--and their leader, Queen Yharnam, conceives his child. Unfortunately, every great one loses its child, and so the unborn Mergo dies in the womb. Although Mergo does not exist in the real world, her stillbirth creates a new nightmare in the cosmos: the Nightmare of Mensis.

➤Settlers later come across the underground society and name their city after the Pthumerian queen, Yharnam. Among these settlers is a man named Willem, who forms the College of Byrgenwerth. The college is dedicated to studying Pthumerian society, particularly their worship of Great Ones. Scholarly explorers, led by Gehrman, discover chalices containing blood of the Great Ones in the Pthumerian labyrinths. The college cautiously experiments with the blood, injecting it into insects and arachnids.

➤Gehrman later learns of a small Fishing Hamlet where the carcass of a Great One has washed up. He discovers the locals worshipping Kos's dead body, and sees that their worship has transformed them into something more than human. He purges the hamlet and brings the remains back to Byrgenwerth. Kos's child, the Orphan of Kos, is stillborn and so another nightmare is created: the Hunter's Nightmare. This nightmare will haunt Gehrman until we vanquish the orphan.

➤Using Kos's body, the college has a breakthrough and creates Rom, the Vacuous Spider. Rom's birth creates a quasi-dream in Moonside Lake. Laurence, an eager researcher of the college, is encouraged by this success and wants to begin experimenting on humans. Willem will not allow this, and so Laurence leaves to form the Healing Church.

➤Laurence designates certain members of the Healing Church to be Blood Saints: individuals who will be injected with the blood of the Great Ones, whose blood will then be used for healing purposes.

➤Over time, Yharnam becomes known for the Healing Church and blood ministration. People come from far and wide for healing, as its seems like there is nothing the miracle blood cannot cure. The neighboring Castle Cainhurst manages to obtain some forbidden blood (perhaps the blood of Queen Yharnam) from an unknown scholar at Byrgenwerth.

➤As time passes, some Yharnamites begin experiencing a strange sickness known as beasthood, where they transform into terrible creatures with a thirst for blood. The Church enlists some of its tomb prospectors (explorers of the Pthumerian labyrinths) to hunt these beasts, and to arm and train members of the population for the many hunts to come. In time, these hunters will form their own covenants with their own objectives.

➤While the people of Yharnam are transforming into beasts, the Blood Saints are transforming into kin. Maria, one of the first hunters trained by Gehrman, oversees the Choir's experimentation with creating celestial beings. These creatures are intended to bridge the gap between humans and Great Ones, but the initial kin are living failures.

➤Maria eventually learns of Gehrman's atrocities in the Fishing Hamlet (she may have even participated) and carries the secret to her grave. It is unknown how she dies. Perhaps she commits suicide, unable to contain all the horrible secrets she has witnessed; perhaps she is executed for her relation to the Vilebloods. In any case, before she dies, she visits the the site of her mentor's original sin to discard her weapon. She is disillusioned with the hunt, and unwilling to cause any more suffering.

➤Gehrman is greatly affected by Maria's death and builds a doll to remember her. Beckoned by Laurence, the Moon Presence is drawn to Gehrman's suffering. This Great One, known also as Paleblood, ensures that Gehrman will never have to worry about hunters dying ever again. It is unknown if either Gehrman or Laurence could have anticipated the Hunter's Dream, a new breed of nightmare which would eventually become Gehrman's prison.

➤Old Yharnam's drinking water eventually becomes poisoned (either accidentally or by the Church's hand to encourage experimentation), so the Church steps in to provide Antidotes to residents. However, these Antidotes only provide temporary relief, and cannot cure what the Church has dubbed "Ashen Blood." The Church resorts to blood ministration to cure this sickness, but this results in a horrible outbreak of beasthood. Old Yharnam is sealed off and razed by hunters of the Healing Church. Ludwig, a former tomb prospector guided by a very strange sword from the Pthumerian labyrinths, leads the purge. Laurence himself succumbs to beasthood, and is killed in the hunt. Perhaps Brador used his Bloodletter to decapitate Laurence, and left his headless body to wander the Pthumerian labyrinths; this would explain the presence of the headless Bloodletting Beast, why we see Laurence's beast skull in the Grand Cathedral, and why Brador wears the skin of a Cleric Beast. The streets of Old Yharnam run red with blood, and the hunters' blood-drunkenness ties their conscience to the Hunter's Nightmare.

➤Around this time, the Church sends a group of hunters led by Logarius to raid Castle Cainhurst. These Executioners nearly wipe out the Vilebloods, but Logarius fails to return.

➤After Laurence's death, the Choir manages to bridge the gap between humans and kin by creating the Celestial Emissary. Using both the emissary and the chalices from the Pthumerian labyrinths, the Choir gains audience with the Great One abandoned in the labyrinths: Ebrietas, Daughter of the Cosmos.

➤But the Choir aren't the only ones who gained audience with a Great One. After the College of Byrgenwerth created Rom, a scholar named Micolash became obsessed with the Great Ones and wanted to ascend just as Rom did. To this end, Micolash forms the School of Mensis in Yahar'gul, and he and his followers manage to gain an audience with Mergo. Mergo draws them all into the Nightmare of Mensis, and this communion releases many Lesser Amygdalas into the world.

And so the game begins.


➤How did Kos die and wash up in the Fishing Hamlet? Does it have something to do with the parasites inside of her, or the metallic weapon the Orphan of Kos wields? Great Ones tend to reside on a celestial plane, yet Kos somehow appeared in the sea, much like Cthulhu. Various Caryll Runes seem to suggest that there is a connection between the Great Ones and the sea; perhaps the physical forms of the Great Ones exist deep in the sea, and the ones we interact with in dreams and nightmares are merely projections of their consciousness. Or perhaps some Great Ones, born in the immaterial plane, choose to come to the material plane for reasons beyond our understanding.

➤What exactly is the One Reborn? No single entity we now of looks like that horrific configuration of human bodies, so what is being reborn? Perhaps it is simply an experiment of the School of Mensis, intended to transcend humanity; or perhaps it is their attempt at giving Mergo a physical form in the material world.

➤Are the umbilical cords related? Perhaps Oedon impregnated three women: Queen Yarnahm, Arianna, and Iosefka. Maybe Gehrman discovered part of Mergo's umbilical cord while exploring the labyrinths, which is why we see part of the cord in the Abandoned Old Workshop.
Email ThisBlogThis!Share to TwitterShare to FacebookShare to Pinterest